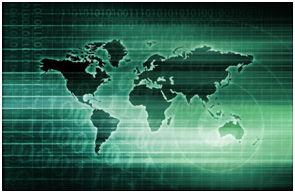 Here’s The Story Of IPv4

Initially created to ‘interconnect’ laboratories for Government’s research institutes, the internet has made this world a global village in a very short span of time. With so many devices interconnecting today’s largely hyperactive, on-the-go devices, the IP addressing protocol plays a huge role in effective functioning of the World Wide Web. 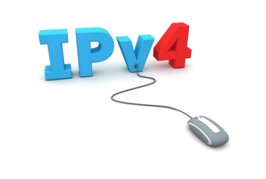 With networking devices, such as DSL modems and Wi-Fi routers all around you, you may have some vague idea about what IP addresses are. To simplify, an IP address is similar to the address of your homes – a unique address that lets devices recognize each other and hence, connect.

How It All Started

Towards the end of 1960s, there was a growing need among US universities and research institutes to make better use of the computing devices that they had at the time. This prompted a US government organization, named Advanced Research Project Agency (ARPA), to produce a network called ARPANET.

The top needs of research institutes at the time were files transfer, remote login and emailing. This led to the change in approach. Vinton Cerf and Bob Kahn are regarded as the founders of TCP/IP protocol as one of the major essentials of the Internet. It was at the International Computer Communication Conference in 1972 that Kahn showed his project to the ARPANET, connecting 20 different computers.

This has proved to be a historical event as it was only then that people realized that packet switching can be the key to communication between devices. In 1981, TCP/IPv4 became a standardized ARPANET protocol.

IPv4 Has Retained Its Popularity

With internet users growing from 16 million in 2005 to a whopping 3.3 billion in by 2015’s end, it is amazing to note that IPv4 has still remained a popular version. In fact, it has remained so since its introduction in the early 80s. With incredible compatibility and usability feature, IPv4 will stay for a bit longer.

IPv4 and IPv6 Will Co-Exist

Although there have been talks that IPv4 will be replaced by IPv6, the drastic change does not seem very likely in the near future. For the time being, the two are predicted to co-exist. The migration, though, is inevitable.

We understand that with the exhaustion of IPv4 addresses, finding IPv4 address space is quite difficult. With an incredible team of highly experienced legal and marketing gurus, IPv4 is a reliable marketplace for IPv4 addresses. Contact us to buy, sell or lease IPv4 addresses.